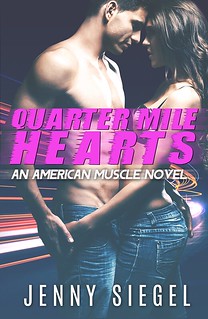 Following an accident injuring her dad, twenty-four year old Leigh Storm returns home to the town she was once so desperate to escape.

It is only a matter of hours before she runs into Max ‘Manwhore‘ Morgan. Dark eyed and dangerous to her heart, he is the very last person she wants to see. It might have been four years since she saw him last, but there’s no denying the chemistry between them is as potent as ever. Max makes it clear he isn’t about to let her run again, even if he is the one thing Leigh vowed to herself she would never date: a street racer.

After racing tore apart her own family and left a path of destruction in its wake, Leigh decided long ago that it is not the life she wants for herself. But when a wager gone wrong threatens her dad’s livelihood, Leigh must go against everything she believes in.

This time there’s more at stake on the quarter mile that just the family business-She’s risking her heart as well. 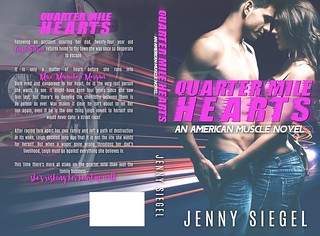 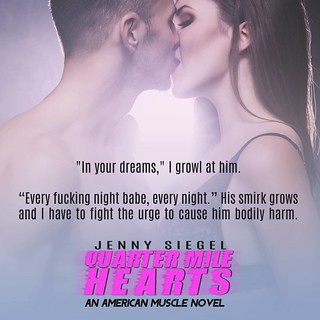 Jenny Siegel writes new adult romance. When she’s not writing (or entertaining two little terrors) Jenny is glued to her Kindle, or plotting (also known as daydreaming) about hot tattooed heroes that will sweep a girl off her feet.